Who is Tom Bombadil in “The Lord of the Rings?” 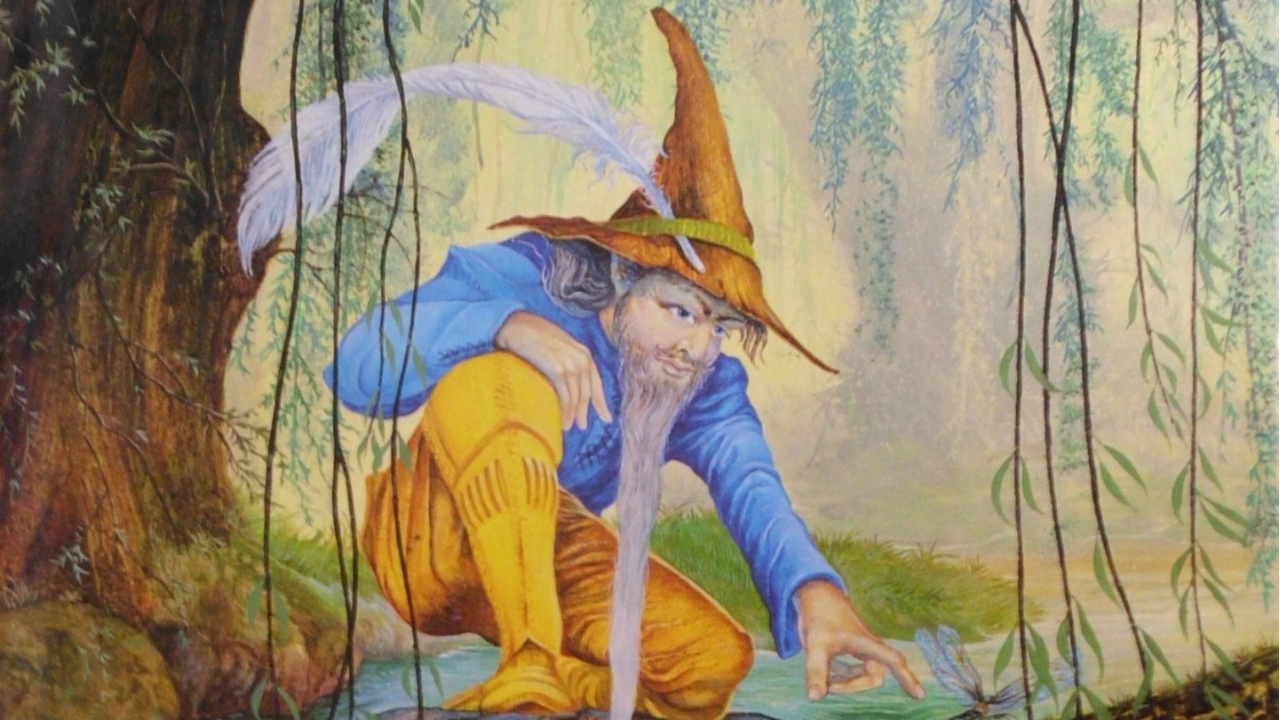 When The Lord of the Rings movies came out a couple of decades ago, they were highly praised by those who had read the books and those who hadn’t.

Still, many lovers of the books were disappointed that the movies left out one of the most beloved, mysterious characters in Tolkien’s Middle Earth: Tom Bombadil.

And when we say Tom is “mysterious,” we mean it. J.R.R. Tolkien never tells us who Tom is, other than that he’s master of the Old Forest in Middle Earth, loves to sing, is pretty much the only character immune to the harmful effects of the One Ring, and may be the oldest living thing in Middle Earth.

This has left readers to speculate who Tom really is. Here are some of the most popular theories.

1. He is Eru Ilúvatar
In Tolkien’s Middle Earth, Eru Ilúvatar is the Creator — basically, he is God. Some readers speculate that Tom Bombadil is Ilúvatar in the flesh. This would explain why Tom is immune to the evil effects of the One Ring. And Tolkien was a Catholic, so the idea of God becoming man was not foreign to his sensibilities.

However, Tolkien himself seems to dismiss this theory in his letters. Also, it is mentioned in “The Lord of the Rings” that if the Dark Lord Sauron is victorious, Tom himself would eventually fall. Which, if he really was God, would not happen.

A really cool theory is that Tom Bombadil is the embodiment of this music. This would definitely explain why he is always singing, and why his songs have the power to ward off evil. This is probably one of the most credible theories of Tom’s identity.

3. He is a Vala or Maia
The Ainur — those angelic beings we just referred to who sang the world into existence — consist of higher angelic beings called Valar, and lower angelic beings called Maiar. Representatives of both groups came to Middle Earth in physical form to help shape the world and bring aid to men and elves (though some became evil). Famous Maiar include Sauron himself as well as the wizards Gandalf and Saruman.
Since the Valar and Maiar are among the oldest beings, could Tom be one of these? Doubtful. We know all the Valar by name, and Tom isn’t among them. And Tom isn’t affected by the One Ring, whereas that object can hold power over other Maiar (which is why Gandalf refuses to touch it).

4. He is simply himself
Though it might seem like a disappointing answer, this is probably what Tolkien intended, since he didn’t give us much else to go on. Tom is simply meant to be an enigmatic character, representative of those people we try to box in, but can’t.

Whoever Tom is, that doesn’t take away from the fact that he is one of the most delightful characters in Middle Earth. If more of us became like Tom and took pleasure in the simple things in life — the woods, streams, flowers, and air — this world would be a better place.